The Cloncurry Stockman’s Challenge has been and gone in what can only be described as a smoothly executed and spectacular exhibition of fine horsemanship.

The weather was spot on with a light drizzle to settle the dust on Tuesday and then day after day of beautiful sunshine and cool nights.  Perfect weather to sit back and watch some of Australia’s finest horsemen and women do their thing.

The equestrian center has grown to be the perfect venue to hold one of the most prestigious horse events in the country.  Dry work held in the rodeo arena and wet work in the campdraft arena allows for a very busy and excellent spectator view points from the raised platform and shade area in the middle of both arenas. The cattle work finals held in the main campdraft arena could be watched either from the bar and new viewing area whilst enjoying some nibbles and a beer or from the grassed play area under the shade sails. The Cloncurry Shire Council is doing a great job at continuing improvements to the Center which this year included new seating and stairs.

Hosting a full campdraft program, starting at nearly 1300 first round runs, the Curry Challenge and draft would not have been possible without the support of generous Cattle donors.  The cattle ran consistently well throughout the week with some big scores being put on the board. No score below an 87 made a final all week which demonstrated the great lines of cattle donated by Paraway Pastoral Company, McMillan Pastoral and Hacon & Sons.  The cattle were carted all week by Curley’s Cattle Transport, carting 2004 head of cattle in and out over the entire event which is greatly appreciated.

Anyone who says campdrafting isn’t a spectator sport must not have been at the bar on a Friday night for the unique Cloncurry Invitational Campdraft.  This draft is by invitation only to previous finalists in the Cloncurry Classic Stockman’s Challenge and was won by Damien Curr on a 93.

Calcutta on a Friday always draws a crowd and is a great way to get people invested in the great men and women who put their heart and souls into training elite horses so they can bring them to events like this and show us what they’re made of.  The auctioning of the Thomas Arena Products drag that had been used throughout the week to prepare the surfaces for competition had a great outcome with the Committee winning the bid.

Rodeo night on Saturday after the presentation is always a big night of celebrating the winners and this year dancing along to Trent Bell and Tim Conlon and their live band was a highlight and so was watching a burly princess Elsa attempt the station buckjump!

Challenge Results. This year’s Open Challenge had 3 parts; Dry, Wet and Working Cow Horse and was won by Jon Templeton riding Donnell Park Hustler on a 305.5.  The Encouragement Challenge was won by Jaimie Kriesch riding RKN Peppered Whiz on a 332.25. Jaimie also took out 2nd and 4th and was chosen as this year’s Rising Star which is a Saddle made and awarded by Mick Connelly.

The Classic Challenge is highly sought after by many great Australian trainers.  It is an under 5 event and this year the prize money was lifted to $20,000 cash for 1st place.  The man who will get to take home the beautiful new Peter Abdy memorial trophy is Josh Smith riding GI M Hard with a total score of 340.

“The late Peter Abdy was one of the people responsible for the inception of the Cloncurry Stockman’s Challenge and naming our new trophy after him seemed fitting.  Thanks go out to the Abdy family for allowing us to honor him in this way.” said Cheyne Williams, President.

All in all, the tireless effort put in by the committee payed off brilliantly and the professionalism showed is an exciting indication of a great future ahead for the Cloncurry Stockman’s challenge. 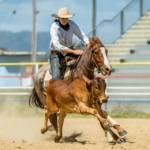 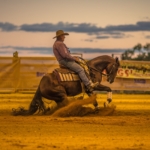 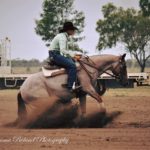 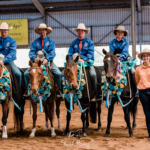 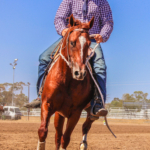 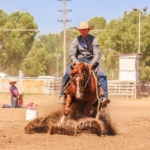 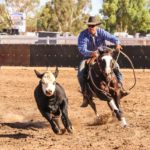 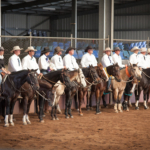 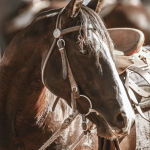